The life expectancy for citizens of the U.S has decreased again and left many searching for answers. This is the third year in a row that such a decrease has occurred and should be a cause for concern. The data continues the longest sustained decline in expected life span at birth in a century, a performance not seen in the United States since 1915 through 1918. That four-year period included World War I and a flu pandemic that killed 675,000 people in the United States and perhaps 50 million worldwide.

Individuals born in 2017 were predicted to live to be 78.6 years old. Babies born in 2016 have a 1.2-month higher life expectancy according to the Centers for Disease Control (CDC). When looking at such an alarming and advanced statistic, we must acknowledge the potential for many external factors.

A few factors that could be associated include an increase in gun deaths, totaling upwards of 40,000. Heart disease is the current leading cause of deaths and is no longer declining, while deaths due to the flu and pneumonia raised by 6 percent. All can contribute to the decrease of life expectancy but are we perhaps overlooking something right under our nose?

Opioid painkillers are used to help with severe pain and are also extremely additive. Becoming addicted to opioids can turn deadly very rapidly. Improper use can occur when opioids that were prescribed or illegal opioids are abused and taken for the euphoric feeling.

Any use of opioids other than those prescribed can result in you becoming addicted and can be potentially fatal. Overdosing on opioids has become a much more common occurrence since 1999, with the newest wave being caused by synthetic opioids.

Although synthetic opioids are created by pharmaceutical companies, they are also manufactured in clandestine labs and distributed through the drug market illegally. The most common is illicitly- manufactured fentanyl (IMF). IMF can be found in combination with other illegal drugs such as cocaine, heroin, and counterfeit pills.

Joshua Sharfstein, a former secretary of health in Maryland, said the heroin numbers reveal that fentanyl is leading other drugs in the illicit market in certain places.

“The opioid market has been completely taken over by fentanyl,” Sharfstein said.

It can be speculated that the mixture is unintentional due to poor packaging, but others believe that the combination is created to get users hooked on the potent opioid and grow the market. Regardless this makes for a very deadly combination and leads to accidental overdoses.

Overdose death rates from heroin and prescription opioids remained similar according to the CDC report. Unfortunately, the synthetic opioids category, which includes fentanyl, increased by 45 percent in the short window of 2016 to 2017.

In the average day 130 Americans will pass away from overdosing while using opioids, according to the Centers for Disease Control and Prevention. As inconceivable as it sounds, overdoses are more common than dying in a car accident, by guns, or by breast cancer.

Last year, 70,237 lives were taken by drug overdoses, with opioids being the main culprit, according to another CDC report from last December.

"Tragically, this troubling trend [in life expectancy] is largely driven by deaths from drug overdose and suicide," CDC Director Dr. Robert Redfield said in a statement. "Life expectancy gives us a snapshot of the nation's overall health, and these sobering statistics are a wakeup call that we are losing too many Americans, too early and too often, to conditions that are preventable." You can read the complete statement here.

What can we do?

There have been actions taken to prevent the opioid crisis from taking more lives. Efforts have been focused on preventing the over-prescription of pain killers and awareness initiatives as well. Another aid has been naloxone, a drug that reverses the effects of an opioid overdose, has become more widely available.

The thing that people seem to overlook is that this major public health problem is preventable. National efforts are taking place across the country, including Utah. “To combat this growing problem, Utah has undertaken several measures in 2017 and again this year, including mandating a prescription drug monitoring program (PDMP) registration for all controlled substance prescribers. Mandated PDMP registration and training, along with enhanced reports and academic detailing, coupled with a robust evaluation, have poised Utah as a national leader in gathering, sharing, and analyzing PDMP data in effective ways to increase provider engagement.”

Due to these steps taken prescription pain killer deaths did not increase in 2017, the Washington Post noted. This is a big advance but it’s only a piece of our currently losing battle with the opioid crisis.

Some believe the problem lies in the lack of medication assisted treatment for drug abusers and not enough access to mental health services in states where they are lacking. This can also lead into higher suicide rates as people don’t see a way out with no help on the horizon.

I believe that we must unite and agree that 1 is a fluke, 2 is a streak, and 3 is a trend. Many view this statistic as a visual of our overall health as a nation and it is currently painting a dismal picture. Working together is the only way to end this trend and make all Americans have longer and higher quality lives. 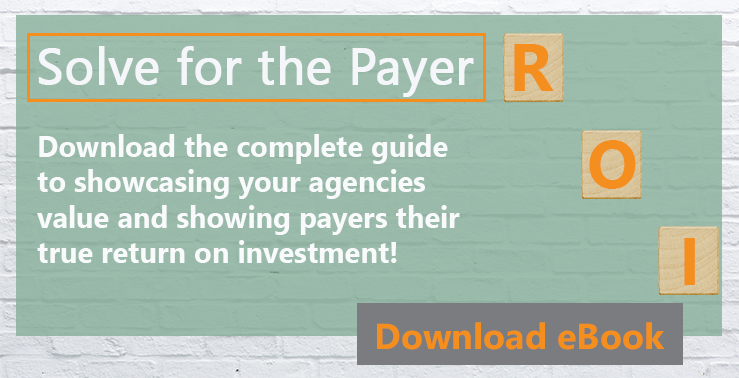 The 3 Tenants of Creators and Consumers for Value Based Payments

Conquer Value-Based Payments with Customized Reports in Your Agency

Approaching the Bench in Trauma Informed Courts | There’s a Difference

How a Dedicated Billing Specialist Will Add Value to Your Organization

As the owner or operator of a behavioral health organization, your livelihood hinges on your ability to maximize efficiency for patients and your...

The life expectancy for citizens of the U.S has decreased again and left many searching for answers. This is the third year in a row that such a...

Lock Down Your Subject Matter By Using Recording Dates

Got a handle on your Progress Note Float?